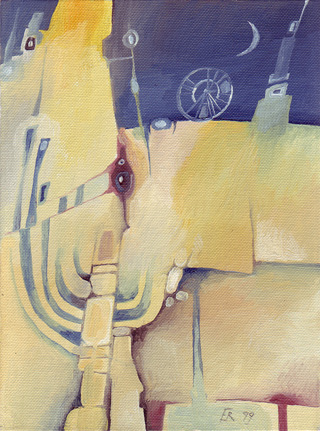 Twenty short pieces for piano solo and the considering how to call them: they are neither aphorisms nor miniatures as these terms suggest a completeness. The pieces are rather ragged and crumbling, but they should not be described as fragments because they start communicating with each other gradually. Perhaps they could be called “moment pictures” or better twenty pictures of the same moment – twenty sketches for a painting that won’t get realized. There are details shown, different elements are developed, changed, dismissed; sometimes only a definite technique is tried out. More and more the fantasy is getting able to put the picture together, but it won’t be ever complete – it remains at the stage of sketches.

I wrote this piece after a journey to Israel and so it is also inspired by the various impressions of this country. The “Twenty Sketches” are dedicated to my husband, Jascha Nemtsov.